at University of Nottingham 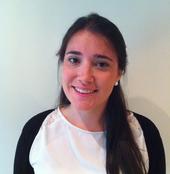 I applied for a BBSRC Policy Internship at the Centre for Science and Policy to acquire a better understanding of how academic research influences policy making, as well as how policy decisions are made. I quickly realised that a lot of my pre-conceptions about how this was taking place were mistaken. The necessity for a centre such as CSaP, which bridges relationships between policy makers and research, as well as the significance of the work that we were performing, rapidly became clear.

As an intern you are an important part of the small and lovely team from the moment you arrive. I was lucky enough to have been involved in many aspects of what CSaP does, which was a great learning opportunity. There were no two days that were the same. For example, as well as conducting meetings with civil servants for the Policy Fellowship scheme, I also organised a roundtable discussion and a day of meetings for Vladimir Šucha, the Director-General of the Joint Research Centre of the European Commission. I was able to attend these, which were incredibly inspiring. Similarly, also had the chance to shadow one of the Policy Leaders fellows during his visit to Cambridge.

During my internship I was also involved in running some of the events that CSaP holds. These ranged from a symposium on cloud law, to the GCSA at 50, to a workshop for the Ageing and Public Health Policy Challenge. In contrast to my PhD work, all of the events that I helped organise were far from my area of expertise. Writing reports and newsletters about some of these helped me develop this valuable skill.

The highlight of my internship, however, was the organisation of a workshop in partnership with the Engineering Design Centre on ‘Making systems resilient’. I was responsible for everything from inviting the attendees and speakers, to managing the logistics involved with the venues. Observing first hand how the participants benefited from the discussions gave me an invaluable insight of the importance of the work that CSaP accomplishes.

Overall, my time at CSaP was incredibly productive. As well as being able to gain first hand knowledge of government and science policy, the breadth of people I met was astounding. The internship helped me reassess my career objectives and I acquired skills that will undoubtedly help in the future.