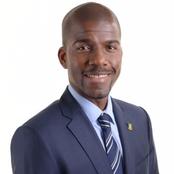 Benito Wheatley is Special Envoy of the British Virgin Islands (BVI) Government and the Premier’s Advisor on International Relations, with a particular focus on the United Kingdom (UK), European Union (EU) and United Nations (UN).

He was formerly the BVI Representative to the UK and EU during which time he served as the Territory’s chief diplomat and Director of the BVI London Office, as well as Senior International Strategist for the Premier’s Office with responsibility for UN and the Commonwealth.

During his tenure from 2014-2018, Benito was the BVI’s Sherpa for annual ministerial meetings and Brexit discussions between the OTs and the UK and ministerial meetings between the Overseas Countries and Territories (OCTs) and the EU. He was also the Co-Chair of the OCT/EU Financial Services Partnership Working Party in Brussels and the Territory’s spokesman on financial services in the UK and Europe. In 2016/2017 he represented the BVI at the OECD’s Phase 4 Examination of the UK’s implementation and enforcement of the OECD Anti-Bribery Convention.

From 2016-2018, he represented the BVI as a Vice President of the Caribbean Development and Cooperation Committee (CDCC) which is the permanent Caribbean subsidiary body of the United Nations Economic Commission for Latin America and the Caribbean (ECLAC).

Prior to becoming the BVI’s UK and EU Representative, Benito was Deputy Director and Political Officer at the BVI London Office from 2011-2014. He was also formerly an Analyst in the International Affairs and Services Department at the Financial Industry Regulatory Authority (FINRA) in Washington, DC.

Benito is a member of the prestigious International Institute for Strategic Studies (IISS) and AMLP Forum—The Financial Crime and Corruption Association.

He has represented the BVI in numerous international fora on a range of subjects such as financial services, climate change, biodiversity, hurricane recovery and constitutional relations, among other things.