Head of Department of Computer Science at University of Oxford 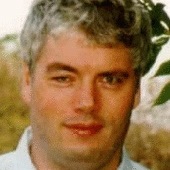 Head of Department, Department of Computer Science, University of Oxford

Professor Bill Roscoe was born and brought up in Dundee, Scotland. He read Mathematics at University College, Oxford, obtaining the top mark for his year in the university. He then joined the Computing Laboratory at Oxford (PRG) as a research student, and he has been at Oxford ever since. His DPhil work was on the mathematical foundations and models of his Communicating Sequential Processes (CSP) process algebra. Almost all of his subsequent research has either been based on CSP or has been a spin-off from it (examples of the latter being Hardware Verification and Computer Security).

He was a Junior Research Fellow of St Edmund Hall between 1980-3 and a Royal Society Research Fellow between 1982-3. He became a College Lecturer at University College in 1979 and a Tutorial Fellow there in 1983, when he was also appointed a University Lecturer in Computer Science. He was given the title of Professor in 1997. In 2007 his job title was changed to "Research Professor" and he became a Senior Research Fellow at University College. In 1993-7 he was Senior Tutor of the College, in 1998-2000 he was the last ever Chairman of the Mathematical Sciences Faculty Board, and he is now Head of the Department of Computer Science.