CEO and Co-Founder at The Big Innovation Centre 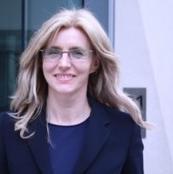 Professor Birgitte Andersen (PhD Economics) has been the CEO and Co-Founder of the Big Innovation Centre since it's launch in April 2011.

She has an international reputation as an expert in business innovation and technology policy, the productivity of services, the economics and strategic aspects of intellectual property and intellectual property rights (IPRs), as well as university-industry knowledge flows. Her work is regularly published in peer-reviewed journals, discussed in the media and highlighted in national and international government reports such as the World Development Report, among others. Her research on IPRs is used by courts, where she has acted as an expert defence witness on several occasions. Her authored and edited books include Knowledge and Innovation in the New Service Economy (2000); Technological Change and The Evolution of Corporate Innovation (2001): The Structure of Patenting 1890–1990 (2001); and Intellectual Property Rights: Innovation, governance and the institutional environment (2006).

In addition, she has directed projects, variously funded by British Research Councils, the British Academy and their Danish counterparts. Alongside this, she has co-ordinated work streams in two major international EU Framework Programmes (“DIME – Dynamics of Markets and Institutions in Europe” and “U-KNOW – Understanding the Relationship Between Knowledge and Competitiveness in the Enlarging European Union”), which include one of the largest-ever pan-EU projects on innovation, working on the influence of rules, norms and standards on knowledge exchange.

Through consultancy and collaboration she has provided knowledge transfer to economists and policy makers of national governments in and beyond Europe. These include: the government departments of Trade and Industry and of Business Innovation and Skills; the Intellectual Property Office; Brazilian Patent Office; Danish Ministry for Science, Technology and Development; United Nations (ILO and UNCTAD); Organisation for Economic Co-operation and Development; World Intellectual Property Organisation and Industry Canada; as well as leading interest organisations and large firms.

Since July 2011, she was appointed Professor of Business and Innovation at Lancaster University Institute for Entrepreneurship and Enterprise Development. Appointed to the University of London, Birkbeck College in 2000, she will retain this link by remaining Professor of the Economics and Management of Innovation in the School of Business, Economics and Informatics. Her previous roles there include director of the postgraduate (MSc and MRes) education programmes on business innovation (including specialised degrees in e-business; entrepreneurship and innovation and international technology management). Since 2005, Birgitte has also been Visiting Professor at the British Institute of Technology and E-commerce. Previously (1997–2000), she worked at the ESRC Centre for Research on Innovation and Competition (now Manchester Institute of Innovation Research) at the University of Manchester.

As CEO of the Big Innovation Centre, Birgitte is leading its research programmes and its work developing practical policy proposals to turn the UK into a global open innovation hub by 2025 in order to progress the urgent task of re-balancing and growing the UK economy.