Head of department at Department of Spanish & Portuguese, University of Cambridge 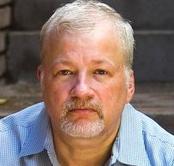 Professor of Spanish, Faculty of Medieval and Modern Languages, University of Cambridge

Brad Epps is Professor of Spanish at the Faculty of Medieval and Modern Languages, University of Cambridge, and head of the university's Department of Spanish and Portugese. His research covers a range of interests including Spanish, Catalan and Latin American literature and film, gender and sexuality studies, Hispanophone Africa, post-colonial studies, and urban cultures.

Brad has authored and co-authored multiple books including "Significant Violence: Oppression and Resistance in the Narratives of Juan Goytisolo, 1970-1990", and "Passing Lines: Immigration and Sexuality". He is Series Editor for the Routledge Companions to Hispanic and Latin American Studies, and has given public lectures in Europe, China and the Americas.