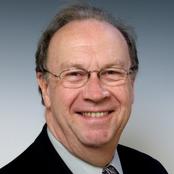 Over the past 30 years, Professor Brian S Collins has held senior leadership posts in UK government, corporate, philanthropic, and academic institutions, all centred around the interface of science and engineering knowledge and expertise with public policy.

Brian joined UCL in August 2011 as Professor of Engineering Policy, and the Director of the Centre for Engineering Policy. In this capacity, Brian has been leading (with Dr Jason J Blackstock) the creation of UCL STEaPP and the related cross-Faculty Institute focused on policy engagement and decision support.

Between 2006 and 2011, Brian served as Chief Scientific Advisor (CSA) to two government Departments (Transport 2006-11; Business Innovation and Skills 2009-11), with responsibility for overseeing the Departments’ science, engineering and technological activities, and ensuring that rigorous science and engineering evidence is used systematically throughout both Departments’ policy processes (particularly including investment policy). In these capacities, Brian was also a member of the cross-government Chief Scientific Advisers Council (convened by the Government Chief Scientific Advisor), which has responsibility for a wide range of pan Government Science Technology and Engineering issues – including (but not limited to): national infrastructure; adaptation and mitigation to climate change; national reaction to extreme events; engineering, systems and technology innovation; the role of space in the UK economy; cybersecurity; and energy conservation in transport.

Brian’s CSA service followed from a distinguished career as both a leading scientist within the UK’s military and intelligence research community (1987-91 Director of Science and Technology at Government Communications Head Quarters; 1973-85 Royal Signals and Radar Intelligence, leaving as Deputy Director), and information and communication technology leader within the corporate and philanthropic worlds (1999-2002 Global CIO at Clifford Chance; 1994-1997 IT Director for the Wellcome Trust). In academe, prior to UCL Brian held the position of Professor of Information Systems at Cranfield University (2003-06 full time and Head of Department; 2006-08 on part time secondment; 2008-11 on full time secondment), is currently Emeritus Visiting Professor at City University London and Visiting Professor at Wollongong University (New South Wales, Australia), and holds an Honorary Doctorate of Science from Kingston University (London).