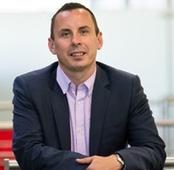 Professor Carsten Maple is the Principal Investigator of the NCSC-EPSRC Academic Centre of Excellence in Cyber Security Research at the University of Warwick, and Professor of Cyber Systems Engineering in WMG. He is also a co-investigator of the PETRAS National Centre of Excellence for IoT Systems Cybersecurity where he leads on Transport & Mobility, and is a Fellow of the Alan Turing Institute.

Carsten has an international research reputation and extensive experience of institutional strategy development and interacting with external agencies. He has published over 250 peer-reviewed papers and is co-author of the UK Security Breach Investigations Report 2010, supported by the Serious Organised Crime Agency and the Police Central e-crime Unit.

Carsten is also co-author of Cyberstalking in the UK, a report supported by the Crown Prosecution Service and Network for Surviving Stalking. His research has attracted millions of pounds in funding and has been widely reported through the media. He has given evidence to government committees on issues of anonymity and child safety online. Additionally he has advised executive and non-executive directors of public sector organisations and multibillion pound private organisations.

Carsten is Deputy Pro-Vice-Chancellor at the University, charged with leading the strategy in North America.