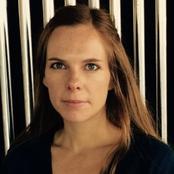 As Principal Policy Officer (Innovation & Knowledge) at the Greater London Authority since January 2012, Catherine Glossop is responsible for overseeing the Mayor’s approach to strategy development and delivery to maximise the economic impact from London’s science, technology and higher education sectors; for developing and delivering the Mayor’s Smart London Plan to build London’s global reputation in technology and innovation; and for increasing collaboration with and investment in London’s life sciences sector (including overseeing the design, development and delivery of MedCity).

In her previous role at the GLA (Senior Policy Official, Knowledge Economy), Catherine developed an economic strategy for Digital London, including project management of Tech City; she also worked with the Mayor’s Office to leverage the role of the Academic Health Science Centres to increase cross institutional collaboration and maximise the economic impact from the research base. Earlier in her career she worked as a team leader and lead analyst for city-region policy development in the Department for Communities and Local Government (2009-10), as an analyst leading research and policy development on housing, labour markets and city economies for the Centre for Cities (2007-10), and in various consulting roles (2002-07).

Catherine holds an MSc in Local Economic Development (LSE, 2005) and a BA in Geography (University of Newcastle upon Tyne, 2000).

You can read a case study of Catherine's visit to Cambridge here.