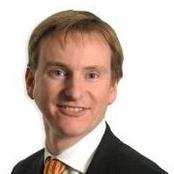 As Assistant Chief Executive at Cambridge City Council, Andrew Limb has been responsible for negotiating with Government (alongside colleagues from the County Council, South Cambridgeshire District Council, the University & LEP) the Greater Cambridge City Deal, worth up to £500m.

He also leads the work of the Council’s Democratic Services, Corporate Communications, and Strategy teams; leads on climate change strategy, working to mainstream a more strategic approach to sustainability across the Council; and is responsible for the development of the Council’s Anti-Poverty Strategy. He supports and advises the Leader of the Council and other councillors on corporate and strategic initiatives and services (particularly those relating to accountability, transparency and efficiency).

Previously, Andrew spent seventeen years in the civil service. He has experience of working alongside both failing and high-performing political and managerial teams in local authorities across the East of England, and of working with senior civil servants and Ministers in central Government. From 2003 to 2010 he worked at the Government Office for the East of England, first as Head of the Regional Strategy Team, then as Team Leader, Local Area Agreements, and finally as Deputy Director, Partnerships & Performance.

From 1998 to 2003 he was Cabinet Office Team Leader for Civil Service Reform, advising Ministers and negotiating with Departments to secure Whitehall-wide implementation of policy on deregulation, funding stream rationalisation and organisational change. This period included a secondment to Sweden to study public sector management and reform, and contribute to a Swedish agency governance project. Prior to this he worked as a Private Secretary to the Minister without Portfolio in the Cabinet Office, and as a policy advisor in the Openness Policy Team.