Director and Distinguished Professor Emeritus at Scripps Institution of Oceanography 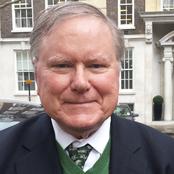 When I stepped down as Director of the Scripps Institution in September 2006, I faced the problem that a lot of people who step down from preoccupying jobs face – what would, and what could, I do next? So, I decided to keep doing what Directors do – which is to interpret the science that people in institutions are working on to policymakers and to society.

In January of 2007, with that intent, Christ’s College invited me to come to Cambridge to give the CP Snow Lecture, where I talked about the global environmental crisis and the role of Scripps Earth’s observations in interpreting that crisis.

In the fullness of time, I was invited back on several other occasions by Christ’s College, and ultimately, I connected with CSaP, which has now been my academic home at Cambridge for the last ten years, when I became the inaugural visiting research fellow.

At a certain point over the last decade, it came to seem to me that I had extracted more from Cambridge than I was giving it. Christ’s College and CSaP had been very good to me, and at a certain point, guilt overcame me, and I wanted to find a way of giving back. So, I volunteered to give a lecture series on adaptation to climate change at Christ’s which would be accessible to the general public. The first year, I used material I had previously developed for a MOOC at Scripps as the foundation of the lecture. The next year, when I came back, people asked me to do the lecture series again, but I’d already used up an entire career’s worth of material in the first lecture series, so we had to change our focus.

In the years since, the public lecture series that has become the annual Christ’s Climate Series has concentrated not on the science of climate change, but on the solutions, which involve a much broader segment of society. We’ve had to think about urban planning, public protection, public health solutions, finance, industrial policy, etc. This has opened a tremendous range of topics, and Cambridge has taught me a whole hell of a lot about the social sciences that are involved in seeking climate solutions.

CSaP has such a broad remit and participating in the activities of a centre which couples the practical and the theoretical has been enriching in a way that my earlier experiences in sciences didn’t provide. My association with CSaP has allowed me to have a tremendous amount of interaction with a variety of people. For example, I’ve gotten to have several fascinating meetings with policymakers who were interested in my previous work as Associate Administrator for NASA’s Mission to Planet Earth.

The centre’s work has also connected me and the university with people who are doing the work in climate change, and has allowed me to explore the question that has been at the forefront of my mind over the last decade – what is the role of universities in dealing with the climate crisis?” CSaP has provided me and many others an insight into what people combatting this crisis are doing and has shed light on how academics can help them do the difficult job they are facing. What Cambridge thinks now, and the work of its institutions like CSaP and Cambridge Zero, will be very important to the future of society 25 years from now.

A few years ago, at a gathering of scientists organised by the Pope, I realized that we were getting all of these dedicated and serious people together who couldn’t decide whether the bigger crisis facing humanity was mass extinctions, the sustainability and biodiversity crisis, climate change, or over population. My colleague Paul Crutzen has argued that we live in the Anthropocene era – an era in which the properties of the earth’s surface are determined by our actions, and it occurred to me that the corollary to Paul’s view is that the actions we take today will ultimately determine the planet’s capacity to sustain life in the future, and the crises we are facing now – and our present inaction – are the crisis of the Anthropocene. Climate change and environmental pressure will peak at the same point that the human population peaks. We need to think more about the relationship between human populations, human activity, and environmental pressure.

Every nation in the world is having trouble mobilising the will to respond to the crisis of the Anthropocene, of which climate change forms one part, at the necessary scale and speed. I think the biggest problem we face, especially for someone living in the United States, is the fact that people don’t see how big the crisis is going to be, and we have encountered a great deal of resistance to dealing with the climate crisis. There is political opposition, and there is also our society’s general inability to respond to the coming danger. That’s the biggest problem we have. To put it another way, at the Paris Climate Conference, at a point of maximum diplomatic friendship and amity in international decision making, countries still couldn’t agree to limit their emissions to the point at which we could avoid the two degree threshold where temperature increase would have serious impacts upon society and nature.

Where does this resistance come from? I think there’s something deeply human about it – about the way in which the Anthropocene is derived from the way we think collectively. I spoke about this in the 2020 Christ’s Climate lecture series – this notion that our inaction comes from the way the human brain thinks. Daniel Kahneman’s Thinking Fast and Slow, and the older idea of left and right brains, are part of this longstanding historical notion that there are two ways human beings think – emotionally and rationally – and that the conflict between the two shapes character and institutions. Thanks to neuroscience, we know that human beings have two systems of thought, and that our emotional thinking was designed to be the first responder, not to think about the future. So, the natural human tendency is to respond to short term needs.

The fundamental problem with the crisis of the Anthropocene is that the crisis will come in, say 50-75 years, but it the people who are alive now are the ones who can do something about it. So, we need to change the way we think and foster a greater sense of intergenerational altruism. All of us must begin keeping the future in mind even as we make short term decisions. We need to take responsibility for the future, even if the world is changing so rapidly that we cannot fully imagine what that lives of those who will live in that future will look like.

Ten years ago, I think that people would have said that responding to the crisis of the Anthropocene through fostering global altruism would have been impossible, but I think that if modern information technology has spread around the world in ten years or so, it’s possible that similar tools could be used to implant altruism around the world and remind people of their responsibility to the future. All the seminars we’ve had over the years we’ve been running the Christ’s Climate Series have taught us about many of the things we need to do to get through this crisis. Planting an atmosphere of accepting responsibility for our planet’s future is a way of encouraging the changes that we need to ensure that the generations that follow us can live good lives.