Professor of Modern and Medieval German Studies at Department of German and Dutch, University of Cambridge 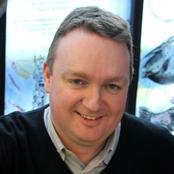 Head of the School of Arts and Hummanities, University of Cambridge

Professor of Modern and Medieval German Studies, University of Cambridge

Professor Chris Young is Professor of Modern and Medieval German Studies in the Department of German and Dutch at the University of Cambridge. His primary teaching and research interests focus on medieval German literature and language and the history of European (and in particular German) sport.

In medieval studies, he is the author of Narrativische Perspektiven in Wolframs Willehalm (Tübingen 2000) and A History of the German Language through Texts (Routledge 2004), and has edited Ulrich von Liechtenstein's Frauenbuch (Reclam 2003) as well as a range of collections, including the major handbook Ulrich von Liechtenstein: Leben, Zeit, Werk, Forschung (de Gruyter 2010), with Sandra Linden.

In the field of sports history, he has edited many volumes and journal special issues, including American Behavioural Scientist, German History, and European Review. His The 1972 Olympics and the Making of Modern Germany (University of California Press 2010), with Kay Schiller, appeared in German translation with Wallstein Verlag (2012) and was awarded the North American Society of Sports History Book Award and the UK’s Aberdare Literary Prize for Sports History.

Professor Young has been a Fellow of the Alexander von Humboldt-Stiftung (Cologne) and a Permanent Visiting Fellow of the Friedrich Schlegel Graduiertenschule für literaturwissenschaftliche Studien der FU Berlin (2010-12). He is co-founder and editor of de Gruyter's new series Companions to Modern German Culture, of the University of California Press’s series Sport in World History, and is a member of the editorial team of the Zeitschrift für deutsches Altertum.