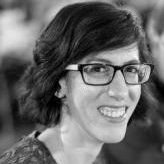 Her research interests primarily lie in copyright law, with a particular focus on intermediary liability. This was the topic of her PhD thesis. In particular, her thesis examined the European harmonisation of the liability of online intermediaries for the copyright infringements of third parties. It was written at the Institute for Information Law (IViR) of the University of Amsterdam from 2011 to 2015 and publicly defended in Amsterdam in April 2016. In November 2016, Christina's thesis was published as part of the Information Law Series of Kluwer Law International under the title “European Intermediary Liability in Copyright: A Tort-Based Analysis”. In April 2017, the thesis won Proxime Accessit in the 2016 European Law Faculties Association Award for Outstanding Doctoral Theses in European Law. In August 2017, the book was shortlisted for the Peter Birks Book Prize 2017, offered by the Society of Legal Scholars for outstanding published books by scholars in their early careers.

Aside from intermediary liability, Christina is interested in the term of protection of copyright and related rights, open content licensing, the European harmonisation of information law, the intersection between copyright and tort law, as well as the intersection between intellectual property rights and human/fundamental rights in information society.

Before joining Cambridge, Christina worked as an Early Career Researcher at the Institute for Advanced Legal Studies (IALS) of the University of London, where she helped deliver the activities of the Information Law and Policy Centre. Prior to that, Christina was based for 8 years at the Institute for Information Law (IViR) of the University of Amsterdam. At IViR, in addition to her PhD, she worked on a variety of projects relevant to copyright and media law. In particular, as part of the EuropeanaConnect project, she performed and coordinated the legal research behind the creation of IViR and NL Kennisland's online Public Domain Calculators. In the context of a research project into open content licensing, Christina also worked on the compatibility of the Creative Commons licensing suite with the related rights of performers and phonogram producers. From 2008 to 2011, she acted as IViR editor for IRIS, the monthly newsletter on audiovisual law published by the European Audiovisual Observatory.