Professor of Modern and Contempory History at Faculty of History, University of Cambridge 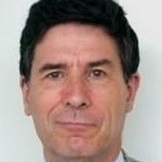 Professor of Modern and Contemporary History, Faculty of History, University of Cambridge

Professor Christopher Andrew is a Professor of Modern and Contemporary History at the University, teaching European history and international relations since the French Revolution. His research interests are Twentieth-century political history and international relations with particular reference to the role and influence of intelligence agencies.

Professor Andrew rose to prominence with his books on the KGB, most notably KGB: The Inside Story of its Foreign Operations from Lenin to Gorbachev (1990) and The Mitrokhin Archive. Vol.1: The KGB in Europe and the West (1999), written in collaboration with former KGB officers Oleg Gordievsky and Vasili Mitrokhin respectively.

Owning to his expertise in the history of security and intelligence agencies, Professor Andrew was commissioned by the Security Service (MI5) to write the first authorised history of the Service, to mark its centenary in 2009. To conduct his research for the book, Professor Andrew was given exclusive access to the Service's records and files. Defence of the Realm (2009) was very well received.

Professor Andrew is the Former Chairman of the Faculty of History, and in December 2010 he stepped down as President of Corpus Christi College.