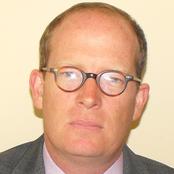 James joined the Civil Service Fast Stream from university in 1993. He has worked in the Treasury on environment issues, "green" taxes, public expenditure planning and control, and defence and security spending. James has also worked in a number of other departments in Whitehall, including spells in the Economic and Domestic Secretariat in the Cabinet Office, as private secretary to the Head of the Civil Service, and on secondment to the Home Office working on the overhaul of policy on criminal justice and immigration issues. He was also Director of the Office of Cyber Security & Information Assurance in the Cabinet Office.

James was educated in Scotland and the US and at Merton College, Oxford. He was appointed CBE in The Queen’s Birthday Honours 2011.