University Lecturer in Political Theory at Department of Politics and International Studies (POLIS), University of Cambridge 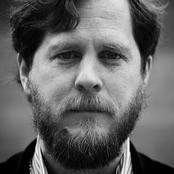 Christopher Brooke is University Lecturer in Political Theory at the Department of Politics and International Studies, University of Cambridge. His research focuses on the connection between philosophy and politics, including the history of modern political thought, and the development of political philosophies such as distributive justice.

Christopher holds a PhD in Political Science from Harvard University. He held a Fellowship in Politics at Magdalen College, Oxford, followed by the Isaiah Berlin Research Fellowship in Political Theory at Oxford's Balliol College. His book "Philosophic Pride: Stoicism and Political Thought from Lipsius to Rousseau" was published in 2012 by Princeton University Press, and he has been published in multiple academic journals including the Oxford Review of Education, and The Historical Journal. He is currently writing a history of distributive political theory from the 18th century onwards.