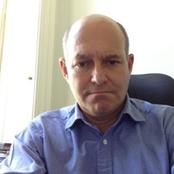 Christopher Lockwood was the Deputy Head of Prime Minister’s Policy Unit at No.10, Downing Street from May 2013 to May 2015. He focussed on the competitiveness agenda including technology, universities and skills, innovation, small business policy, trade policy, energy policy and boosting STEM.

Between September 2006 and May 2013 Christopher was the US Editor of The Economist; responsible for the magazine’s US coverage. From September 2000 to September 2006 he was the Asia Editor for The Economist, performing the same role for China, India, Japan and the other 30 countries of the Asia-Pacific region.

Previous to that he had a range of roles at the Daily Telegraph, including South-East Asia Correspondent, EU Correspondent and Diplomatic Editor.