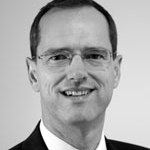 Christopher Millard is Professor of Privacy and Information Law at Queen Mary University of London. He is a member of the Centre for Commercial Law Studies (CCLS) and has been teaching in the Centre on a visiting basis since 1986. He joined the faculty as a Professor in 2008. He has over 25 years experience in the technology and communications law fields and has led many multi-jurisdictional information governance and data protection compliance projects.

His first book, Legal Protection of Computer Programs and Data (1985), was one of the first comparative studies in the technology law field. He is a General Editor of the International Journal of Law and Information Technology and of International Data Privacy Law (both published by Oxford University Press). He was a founding editor of Data Protection Laws of the World.

In addition to his role at CCLS, Christopher is a Senior Research Fellow of the Oxford Internet Institute at the University of Oxford, is a Solicitor of the Supreme Court of England and Wales and is a consultant to the law firm Bristows. Before he joined Bristows in 2008, he was a partner at Linklaters for six years and head of that firm’s global privacy practice. Prior to that he was at Clifford Chance for 18 years, including 10 years as a partner.