Reader at Faculty of History, University of Cambridge 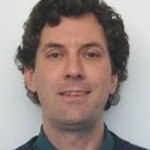 Dr Craig Muldrew is a Reader in the Faculty of History at the University of Cambridge. His research focuses on two areas. The first is the investigation of the economic and social role of trust in the development of the market economy in England between 1500-1700. This concentrates on the centrality of reputation to financial credit, and the insecurity of wealth in a world of innumerable debts. In this work he has examined the relationship between the actual working of economic contracts and obligations in relation to the development of natural law theory and commercial society.

The second is the living standards and work of agricultural labourers in the early modern English economy, published as a monograph entitled, ‘Food, Energy and the Industrious Revolution: Work and Material Culture in Agrarian England, 1550–1780, (CUP, 2011).

Dr Muldrew has also written articles in the field of legal history concerning debt litigation and its relationship to the nature of community, and articles on the cultural nature of money, and wages in the early modern period. He is also interested in the importance of industrial growth in the early modern English economy, and is engaged on a long term project examining the development of the concept of self-control and its effect on the structure of community and on the creation of savings, as well as how local paper credit came to be trusted in eighteenth century England.