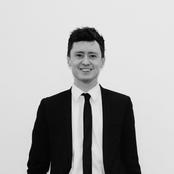 Damian has held roles in the Foreign Office, No10, and DExEU. He was diplomatic & devolution lead for 10 Downing Street’s Task Force Europe, the team that negotiated the UK-EU deal. Damian was part of the team that returned thousands of Brits stranded abroad during the COVID-19 pandemic, and later led the Foreign Office’s EU Vaccines Supply Team, working to guarantee the continued supply of COVID-19 vaccines into the UK. Prior to joining government, Damian was a government, trade & EU policy advisor at EY.

Damian read History & French at the University of York before completing a Masters in EU & International Relations at the Collège d’Europe. He enjoys running, hitchhiking, and being an uncle to his six nieces and nephews.