Group Head of Technology at BP 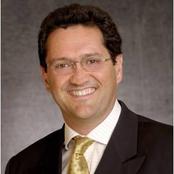 As Head of Technology, David Eyton is accountable for technology strategy and its implementation across BP and conducting research and development in areas of corporate renewal. In this role, David oversees the technological capability of the company and also sits on the UK Energy Technologies Institute and Science|Business Innovation Boards.

Prior to this, David was BP’s Exploration and Production (E&P) Group Vice President for Technology. In this role David was responsible for Research and Development, Technical Service Work, Digital and Communications Technology and Procurement and Supply Chain Management for BP’s Upstream business. David also managed the Westlake Campus in Houston and led the development of a new approach to Petrotechnical Learning in E&P.

David joined BP in 1982 from Cambridge University with an Engineering degree. During his early career, he held a number of Petroleum Engineering, Commercial and Business Management positions. In 1996, he was named General Manager of BP’s North West Shelf interest in Australia. David later managed Wytch Farm in the UK and then BP’s Gas Businesses in Trinidad. In September 2001, he became Lord John Browne’s Executive Assistant in the company’s London headquarters. Following that assignment, David was Vice President of Deepwater Developments in the Gulf of Mexico.

David is a Chartered Engineer and a Fellow of The Institute of Materials, Minerals and Mining (FIMMM) .