Professor of Experimental Physics at Department of Physics, University of Cambridge 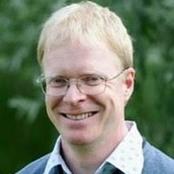 Professor of Experimental Physics, Department of Physics, University of Cambridge

David Ritchie is the Professor of Experimental Physics at the University of Cambridge's Department of Physics. His research investigates the physics and technology of III-V semiconductors, with a particular focus on fabrication techniques such as molecular beam epitaxy (MBE) as well as novel devices including terahertz quantum cascade lasers, and single and entangled photon sources. His research has been funded by many sources, including the EPSRC, the European Union, InnovateUK and industry.

David first joined the University in Cambridge in 1985 after completing his DPhil in Physics at the University of Sussex. He has collaborated with over 100 other organisations including many universities worldwide as well as Toshiba, the National Physical Laboratory, Teraview and E2V. He has co-authored over 1100 papers, many in leading journals including Nature, Science and Physical Review. He received the 2008 Tabor medal from the UK Institute of Physics.