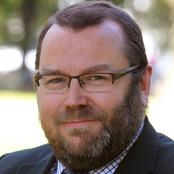 David led Finance and Group Operations at DHSC, having been Director General of Finance since March 2015, a role that became Director General of Finance and Group Operations in July 2016. As part of the Department’s senior team and an executive member of its board, David’s responsibilities included finance, strategy, system oversight and performance, human resources, workplace and Department transformation, commercial, procurement and property, and communications and engagement.

David was appointed Companion of the Order of the Bath (CB) for services to government finance in 2019.