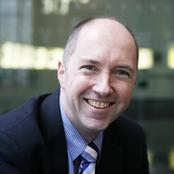 Edgar was the research coordinator of the influential LSE Identity Project on the UK’s proposals to introduce biometric identity cards; proposals that were scrapped following the 2010 General Election. His book with Gus Hosein Global Challenges for Identity Policies was published by Palgrave in 2010. Edgar has advised governments in Brazil, Chile, Ecuador, India, Jamaica, Japan and Mexico about the political, technological and social challenges of effective identity policies. He has contributed to reports for the World Bank, Omidyar Network and Centre for Global Development. Edgar is also co-chair of the UK Cabinet Office Privacy and Consumer Advisory Group.