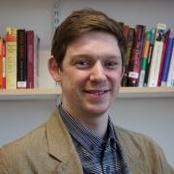 Edward Anderson became Smuts Research Fellow in Commonwealth Studies in October 2015. He is also a Research Affiliate at Darwin College and a member of the Executive Council of the British Association of South Asian Studies. His research interests are religion, nationalism, multiculturalism, political representation, and South Asian migration (his PhD thesis having been on Hindu organisations and Hindu nationalism in Britain, 1972 to the present day).