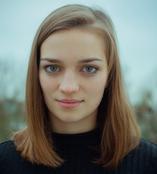 Eliza is Head of Policy at the Creative Industries Policy and Evidence Centre (PEC) and the Creative Economy team at Nesta, the UK’s innovation foundation. She works with researchers in the PEC consortium on all areas of policy relating to the creative industries including research and development, artificial intelligence, trade and diversity. Recently, she has published on the subject of immigration policy and co-authored a paper on creativity and the future of skills. Her current research interests include soft power and the gig economy.

Prior to joining Nesta and the PEC, Eliza was part of the founding team of the Creative Industries Federation, a membership body for the creative industries. She has also worked in the curatorial team at Waddesdon Manor, a National Trust property.