Director at Centre For History & Economics, University of Cambridge 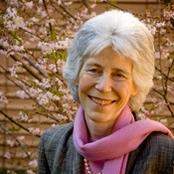 Director, Centre for History and Economics, University of Cambridge

Professor Emma Rothschild is Honorary Professor of History and Economics at the University of Cambridge, Director of the Joint Centre for History and Economics, and Jeremy and Jane Knowles Professor of History at Harvard University. She is also a fellow of Magdalene College, Cambridge. Her research interests include eighteenth-century France and Britain, and the history of globalization.

She graduated from the University of Oxford in 1967, and was a Kennedy Scholar in Economics at MIT. From 1978 to 1988, she was an Associate Professor at MIT in the Department of Humanities and the Program on Science, Technology, and Society. She has also taught at the Ecole des Hautes Etudes en Sciences Sociales in Paris.

She has written extensively on economic history and the history of economic thought. Economic Sentiments: Adam Smith, Condorcet and the Enlightenment was published in 2001 by Harvard University Press, and in Italian and Portuguese translation in 2003. The Inner Life of Empires: An Eighteenth-Century History was published by Princeton University Press in 2011.