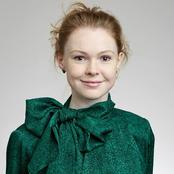 Emma joined the Natural History Museum in April 2022 to set up a new Policy Unit. Drawing on the Museum’s impressive scientific expertise and public outreach, she is working to extend its sphere of influence and help shape policy in government and business to protect the natural world and restore it to health.

Before joining the Museum, Emma was Head of Policy at the Royal Society, the UK's national academy of science, where she worked with some of the world's leading scientists to provide accessible and timely advice to policymakers. She led the Society’s work on the wellbeing of people and planet, including major programmes on post-Brexit land use, the future of genetic technologies, and the global climate and biodiversity crises. Her work also explored the nature of science in public life, leading to publications on the ‘post-truth’ phenomenon and on the value of evidence synthesis.

Emma's interest in the relationship between people and planet has taken her all over the world. She has previously worked for the UN Convention on Biological Diversity, the Foundation for Democracy and Sustainable Development, and WWF Madagascar. She also has teaching experience in the UK and China, and is a Fellow of the Westminster Abbey Institute and British-American Project.

During her two degrees at Oxford University – MA (Oxon) in Biological Sciences and MSc in Biodiversity, Conservation and Management – she conducted her own research on tarsiers in Indonesia, and on forest conservation and participatory video in Tanzania.

Emma sporadically tweets about her work as @sdoowamme.