Senior University Lecturer at Department of Architecture, University of Cambridge 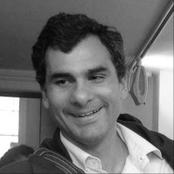 Felipe Hernández is Senior University Lecturer in the Department of Architecture at the University of Cambridge, and a qualified architect. His research focuses on architecture, poverty and informal settlements, and urban design in the developing world, with a particular interest in Latin America, Africa and South East Asia.

Felipe is Chair of the inter-disciplinary research group Cities South of Cancer, whose members work on urban issues in countries including Indonesia, Colombia and Bangladesh. Along with collaborating with academic institutions and government and private organisations around the world, the group also helps researchers by providing internships and summer courses abroad.

Felipe has published numerous books on his research, including "Beyond Modernist Masters: Contemporary Architecture in Latin America", "Bhabha for Architects", and "Rethinking the Informal City: Critical Perspectives from Latin America". His latest work, "Marginal Urbanisms: Formal and Informal Development of Cities of Latin America", is due out in 2017.