at Department for Environment Food and Rural Affairs (Defra) 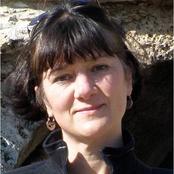 Dr Fiona Harrison has been Deputy Chief Scientific Adviser at the Department for Environment, Food and Rural Affairs (Defra), supporting the Chief Scientific Adviser since 2012. In 2021, Fiona is working in the Northern Ireland Strategy, Policy & Implementation Division at Defra. She has been Head of Evidence and Analysis for Defra’s Marine and Water & Flood Risk Management Directorates.

Previous government posts were at DECC (2008-12) as Head of the UK Global Threat Reduction Programme, working to reduce the terrorist acquisition of nuclear & radiological materials, including assisting Russia to make safe and secure its Soviet weapons legacy; at GO-Science (2006-08) as Head of the Civil Contingencies team, helping to ensure that the best use is made of science and scientific advice in policy, planning and response to all civil contingencies; at the Department of Trade and Industry (now BIS) (2003-06), working on the EU Services Directive during the 2005 UK Presidency of the EU, and leading the Foresight horizon-scanning project on ‘Exploiting the Electromagnetic Spectrum’; and in the Ministry of Defence (1985-90).

Earlier in her career Fiona was part of the senior management team growing an internet start up, responsible for the collection and classification of all kinds of dynamic online information (principally news), and a freelance Science Consultant for the BBC News Research Unit.

From 1994-98 she was a Postdoctoral Fellow at the University of Auckland. Her research focused on foundations of quantum theory and theoretical understanding of new experimental work in quantum measurement. She holds a DPhil in quantum theory from St Andrews and an MA in Physics and Philosophy from Oxford.