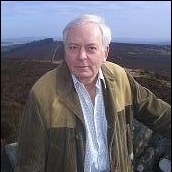 Lord Runciman has been a Fellow of Trinity College, Cambridge since 1971, researching in the field of comparative and historical sociology. He served as President of the British Academy, to which he was elected in 1975, from 2001 to 2005, and holds honorary degrees from the Universities of Edinburgh, Oxford, London and York. He is also an Honorary Foreign Member of the American Academy of Arts and Sciences and an Honorary Fellow of Nuffield College, Oxford. He chaired the British Government’s Royal Commission on Criminal Justice in England and Wales which was set up in 1991 and reported to Parliament in 1993, as a result of which a permanent independent Criminal Cases Review Commission was set up to investigate possible miscarriages of justice.

His first major publication was Relative Deprivation and Social Justice: a Study of Attitudes to Social Inequality in Twentieth-Century Britain (Routledge, 1966). Since then, he has published several well -received books and articles. In 2004, he edited and contributed to a British Academy occasional paper Hutton and Butler: Lifting the Lid on the Workings of Power which deals with the events surrounding Britain’s participation in the invasion of Iraq and the way in which it was presented to the British public. His principal research interest is the application of neo-Darwinian evolutionary theory to cultural and social selection.