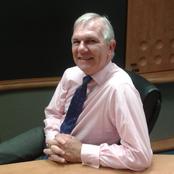 Graeme Reid has spent much of his career at the interface between science and government. He is Professor of Science and Research Policy at UCL. He was specialist advisor to the House of Lords Science and Technology Committee for their work on science and the EU before and after the 2016 referendum on UK membership of the EU.

Graeme is also Chairman of the Campaign for Science and Engineering, a Trustee of the Association of Medical Research Charities and Strategic Advisor to the National Centre for Universities and Business. Until March 2014, he was Head of Research Funding in the Department of Business Innovation and Skills, where he had oversight of around £5 billion per annum of research spending through Research Councils and the Higher Education Funding Council for England. He coordinated the bid for the science budget in the coalition Government’s 2010 spending review.

Graeme spent the first ten years of his career at the National Engineering Laboratory, near Glasgow. He then moved to Central Government where he held positions in the Treasury, the Cabinet Office, and the DTI before the formation of BIS in 2009.

"Scientific evidence, analysis and research already make enormous contributions to policy. Meanwhile policy issues continue to create questions and challenges for scientists. I am delighted to join the Centre for Science and Policy as an Associate Fellow, where I look forward to expanding the existing flow of people and ideas between the scientific and policy communities."

To read about Graeme's experience as a CSaP Associate Fellow, please click here.