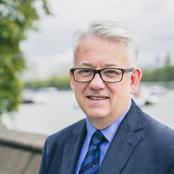 Graham retired from the civil service in May 2019 and received a CBE for public service in the 2020 New Year honours. Graham was awarded the Lifetime Contribution to Transport award at the November 2019 National Transport Awards. He was the UK First Delegate to the World Roads Association (WRA), between 2017 and 2019. He was also a member of the WRA Executive Committee and Strategic Planning Commission. The WRA has 122 member states and is the global body that produces strategic guidance and technical advice across the full range of highways matters. He delivered a major UK presence at the 26th World Road Congress in Abu Dhabi in October 2019.

Until May 2019 Graham also led the Local Transport Directorate at the Department for Transport (DfT). This multi-disciplinary unit comprised policy experts, economists, statisticians and other professional staff, with responsibility in England (except London) for local transport funding (maintenance and new build), buses & taxis, local active travel initiatives, and transport solutions for disabled people. The Directorate was a major contributor to the Government’s economic growth and localism agendas, and was accountable for about £2.3 billion of public expenditure per annum in 2019. Since the onset of Covid-19, the Directorate has expanded further in staffing and budget.

Graham has been a leading member of various cross-cutting DfT committees, including the central Strategy Committee, and remains deputy head of the policy profession in DfT. He led for the department on relations with the devolved administrations in Scotland, Wales and Northern Ireland until November 2017. Graham also had a leadership role in DfT’s contribution to the London Paralympic Games 2012.

He has been senior Whitehall sponsor for several Local Enterprise Partnerships – South East England, Tees Valley, Worcestershire and Greater Lincolnshire. Graham was Director of Greener Transport & International from 2007 to January 2013, with responsibility for environmental strategy and performance, vehicle standards, and the overall conduct of DfT’s international relations.

Previously he was Director of Road and Vehicle Safety & Standards from 2004 to 2007, with responsibility for road casualty reduction, traffic management policy and certain transport technology issues. Earlier posts in the DfT and its predecessors at senior civil service level involved responsibility for tackling the environmental impacts of air transport (2001-2004) and management of long term strategic thinking and cross-cutting work (1999-2001).

Graham has also held posts in the international aviation and rail sections of the Department, and was Principal Private Secretary to the Minister for Roads and Traffic in 1989-91.

Graham has participated in numerous activities run by the Cambridge University Centre for Science & Policy, sat on the stakeholder advisory panel at the University of Leeds Institute for Transport Studies, and was on the judging panel for the National Transport Awards.

Graham is also a Fellow of the Chartered Institution of Highways and Transportation. He has a Masters degree in History, is married with one son, and lives in Sutton, Greater London.

To read about Graham's experience as a Policy Fellow see here