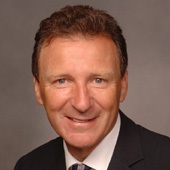 Former Cabinet Secretary and Head of the Civil Service

After completing his undergraduate degree in Economics at the University of Warwick, Gus O'Donnell went to Nuffield College, University of Oxford, to do his M.Phil. Having obtained his Masters Lord O'Donnell became a Lecturer in the Political Economy Department at the University of Glasgow. In 1979, after 5 years at Glasgow, he joined the civil service as an economist in HM Treasury.

This was the start of a long and illustrious career in the civil service. In 1985 Lord O'Donnell was appointed First Secretary of the Economics Division at the British Embassy in Washington, DC. With four years in Washington under his belt, he came back to London to work as the Press Secretary for the Chancellor of the Exchequer. A year later he moved next door, to become Press Secretary for the Prime Minister, a position he held for over four years. In 1997 he was sent back to Washington, DC as the UK's Executive Director of the IMF and World Bank. He was then called back to Whitehall to take up a series of senior Directorships at the Treasury. In 2002 Lord O'Donnell was appointed as Permanent Secretary to HM Treasury. Three years later Lord O'Donnell replaced Lord Turnbull as Cabinet Secretary, to become the country’s most senior civil servant.

In this position he was widely credited with the smooth transition from the outgoing Labour Government, through the various coalition talks, to the present Coalition Government in May 2010. The effectiveness of the civil service during this delicate time lead to plaudits from senior politicians on all sides.