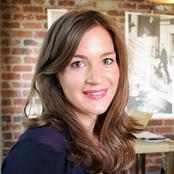 Hannah Edwards is Head of Exploitation Projects at the Home Office. Hannah leads a team who use evidence-based approaches and innovative methods to tackle exploitation of children and young people who are vulnerable to involvement in high-harm, hidden crime both in the UK and overseas.

Hannah oversees the delivery of the £13 million Trusted Relationships Fund, which through trialling innovative approaches to working with young people at risk of exploitation in the UK, aims to increase the evidence base on what works to protect vulnerable groups and individuals from harm. The team work closely with other government departments to tackle cross-cutting vulnerability issues which lead to a range of poor social outcomes, with a focus on adverse childhood experiences, missing and extra-familial threats, such as child sexual exploitation, criminal exploitation and modern slavery.

Prior to this role, Hannah worked in the Foreign & Commonwealth Office (FCO), having joined government on the Diplomatic Fast Stream. During her time at the FCO, Hannah’s roles focused on security issues, multilateral affairs and human rights. Hannah spent two years working as a private secretary to the Minister for the Commonwealth and United Nations and Prime Minister’s Special Representative on Preventing Sexual Violence in Conflict.

Hannah holds a BA Hons degree in Chinese. As part of her undergraduate studies, Hannah spent a year in Beijing and completed an independent research project on migration and gendered vulnerability to HIV/AIDS in China.