University Lecturer in Political Sociology at Department of Sociology, University of Cambridge 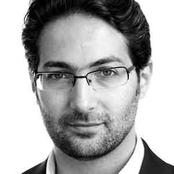 His work examines military-security institutions and revolutionary movements. In his doctoral research, he analyzed how power struggles between the military, security, and political institutions shaped regimes in Egypt, Iran, and Turkey. His current research explores the sociopolitical ramifications of various military conscription regimes across history––a project that draws on military and political sociology to uncover how the social organization of violence impacts political life. He also studies intellectual movements, with a special focus on the Muslim world. He is the author of Soldiers, Spies, and Statesmen: Egypt’s Road to Revolt (Verso, 2012), and has published on revolution, warfare, the sociology of intellectuals, and Islamism in various academic journals and periodicals. He has taught political science at AUC and social theory at UCLA before settling at the Sociology Department at Cambridge University.