Hitachi Professor of Electron Device Physics at Department of Physics, University of Cambridge 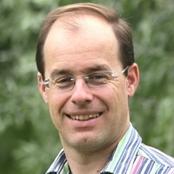 Professor Henning Sirringhaus is the Hitachi Professor of Electron Device Physics, in the Department of Physics at the University of Cambridge. He is also the Head of the Microelectronics and Optoelectronics Group within the Department, and a Fellow of Churchill College.

His research interests focus on the scientific understanding of charge transport through self-assembled organic molecules and polymers. Organic semiconductors show a rich variety of transport phenomena which are not exhibited by more conventional inorganic semiconductors such as silicon. Understanding of transport on the molecular scale requires sophisticated experimental techniques, and we have developed a number of electrical transport, optical spectroscopy, and scanning probe techniques to characterize these processes. He is also interested in high-resolution printing based fabrication of organic devices and applications of organic semiconductors in field-effect transistors and solar cells.

Professor Sirringhaus has an undergraduate and PhD degree in physics from ETH Zürich (CH). From 1995-1996 he worked as a postdoctoral research fellow at Princeton University (USA). He has been working in Cambridge in the field of charge transport in organic semiconductors and their application in field-effect transistors since 1997. In 2000 he co-founded Plastic Logic Ltd., a technology start-up company commercialising printed organic transistor technology.