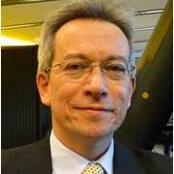 Mark Kleinman has more than twenty-five years’ experience as a senior civil servant, strategy adviser and thought leader, working in and for central and local government in the UK, including for the Prime Minister, Deputy Prime Minister and Mayor of London, for European and international organisations, for major companies in the private sector and for non-governmental organisations. He joined King's Policy Institute in February 2018 as Professor of Public Policy and Director of Analysis.

Before joining King's, Mark headed the Mayor of London's Economic and Business Policy Unit, which provides policy support to the Mayor's Office across the whole field of economic and business policy.

Mark started his career as an academic, teaching for eleven years at the London School of Economics before becoming Professor of International Social Policy at the University of Bristol. He subsequently took a number of roles in government, including a year in the Prime Minister's Strategy Unit working on migration policy, Head of Housing and Homelessness at the GLA, and Director of Urban Policy for the Office of the Deputy Prime Minister.

He has been a consultant to the OECD, the European Commission, the UK Film Council, English Heritage, and many government departments and local authorities. He gave the keynote presentation at the Jane Jacobs Prize Ceremony in Toronto in 2009 as well as lectures and seminars in New York, Boston, Paris, Rome, Bologna, Madrid, Barcelona, Bilbao, Kyoto and Osaka. He is a visiting professor at the Bartlett School of Architecture at University College London.