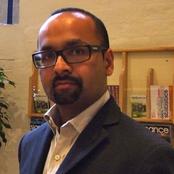 Hetan Shah is the Chief Executive of the British Academy, a Visiting Professor at King's College London and Deputy Chair of the Ada Lovelace Institute. He served as Executive Director of the Royal Statistical Society from 2011 to 2019.

Hetan is chair of the Friends Provident Foundation, a trust which seeks a fairer economy. He is a member of the Social Metrics Commission which is seeking new measures of poverty for the UK, and a member of the IPPR Commission on Economic Justice.

Hetan is on the advisory board of the Office for National Statistics Data Science Campus, on the Big Lottery's Impact advisory board, and an Honorary Vice President of the Geographical Association.