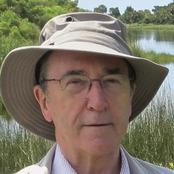 He studied Chemical Engineering at Pembroke College Cambridge, and at the University of Minnesota, taking an M.Sc. in 1962, with a Minor in Philosophy. After working in ICI for a year, he returned to Pembroke to do a Ph.D. on the nature of chance. He was awarded the Sc.D. in 1990 and an Honorary Ph.D. from Lund University in 1997.