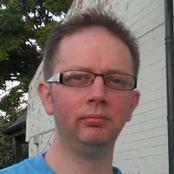 Ian Manning graduated from York with an MPHYS in Physics, and although he then pursued a career in IT, he took with him the sense of needing to solve challenging problems and the desire to critically analyse evidence. When he moved to a new-build estate in Cambridge he became involved in politics, eventually getting elected (for the Liberal Democrats) to Cambridgeshire County Council 2010. He was re-elected in 2013 and again in 2017 to the new Chesterton Division.

Ian became frustrated at the number of decisions that Councillors made without robust evidence, and the lack of interaction with the City's Universities. After taking part in a CSaP policy fellowship, and negotisated and set up a successful pilot "Policy Challenges" programme - seeing researchers from CUSPE working directly on problems raised by elected Councillors. This programme, now in its second year, led to him being appointed the Council champion for evidence-informed policy.