Founder at Both Sides NOW 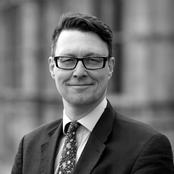 Former Head of Engagement, NHS North East London and the City, and Founder, Both Sides NOW

As an English Literature and Theology undergraduate at Cambridge, Ian McDowell applied literary theory to both religious and secular texts. He worked as a hospital chaplain and community engagement specialist in an ethnically diverse part of the NHS, and was seconded in 2005 to the Prime Minister’s Office of Public Services Reform to advise nationally on community engagement. In 2010 he led the patient and public engagement team who were assessed by McKinsey and Co. as the most successful in the country in the World Class Commissioning assessment. He won the Health Service Journal Liberating Ideas Award in 2010.

In May 2012 the Prime Minister announced an NHS Patient Feedback Challenge to unearth fresh approaches to NHS consumer research. The Coalition Government hopes that a more free-text-based approach to NHS consumer research will yield richer data than the annual NHS Patient Surveys, data that could be transmitted compellingly to local NHS leaders in real time. Generating insight at scale from “Big Data” while observing best practice in terms of governance is the essence of the challenge. Both Sides NOW (BSN), an emerging social enterprise supported by the NHS Institute for Innovation and Improvement, was the most popular new approach in an online poll, winning a sizeable chunk of the £1m fund. BSN collects and compares both patient and clinician views of the same experience challenges.

For an introduction to BSN's ambitions and people see the video here.