Head of Representation to UK at European Commission 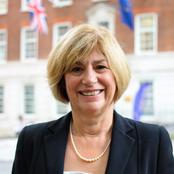 Head of the European Commission’s Representation in the UK

A lawyer by training, Jacqueline Minor began her career in the European Institutions at the Court of Justice in 1984. She moved to the European Commission three years later to work on the recognition of diplomas and later enjoyed a second spell at the Court working as referendaire to the British judges Gordon Slynn and David Edward.

Promoted to the position of director in 2003, she was responsible for the knowledge economy (including intellectual and industrial property regulation) and for horizontal policy development, participating for example on the Commission's Single Market Review in 2007.

On 1st April 2008, Jacqueline Minor became the Director for Consumer Policy (at DG-SANCO).

Jacqueline Minor took up her post as Head of the Commission’s Representation in the UK on 16th February 2013.

From 1st August 2014 she is also a Member of the Board of Governors of the University of Brighton.

Jacqueline Minor was awarded an honorary LL.D by the University of Birmingham in the summer of 2016.