University Reader in Comparative Philology & Chair of the Faculty Board at Faculty of Classics, University of Cambridge 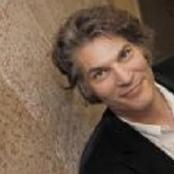 University Reader in Comparative Philology & Chair of the Faculty Board, Faculty of Classics, University of Cambridge

Dr James Clackson is a University Reader in Comparative Philology in the Faculty of Classics at the University of Cambridge. He is Chair of the Faculty Board, and a Fellow and Director of Studies in Classics at Jesus College, Cambridge. His research interests include the history of the Latin and Greek languages, ancient sociolinguistics and bilingualism, the languages and epigraphy of the ancient Mediterranean and comparative Indo-European studies.

He is particularly interested in the historical sociolinguistics of Latin; the other ancient Languages of the Italian peninsula, especially Sabellian and Etruscan; and the history of the Armenian language. He is currently Principal Investigator of the AHRC funded project ‘Greek in Italy’. In addition, Dr Clackson is the editor of the oldest scholarly journal devoted to the general study of language and languages that has an unbroken tradition, Transactions of the Philological Society. His latest book ‘Language and Society in the Greek and Roman Worlds' was published by Cambridge University Press in March 2015.