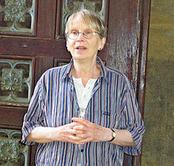 Professor Jane Heal is Emeritus Professor of Philosophy in the Faculty of Philosophy at the University of Cambridge, and a Fellow of St John's College, Cambridge. Her research interests include philosophy of language, the mind, rationality and value. In 2003 she published a collection of essays on "Mind, Reason and Imagination" (CUP 2003). She has also for a long time been interested in the ethics and psychology of our response to climate change.

Professor Heal studied for her first degree in Cambridge, reading History for two years and then Philosophy for another two years. She also took her Ph.D. at Cambridge, working on problems on the philosophy of language. After two years post doctoral study in the US (at Princeton and Berkeley) she was appointed to a lectureship at the University of Newcastle upon Tyne. Having taught there for several years she moved back to Cambridge.

She was elected a Fellow of the British Academy in 1997.