Director for Growth and Engagement at Home Office 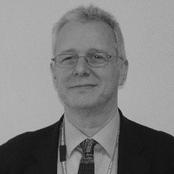 Jeremy Oppenheim is the Director for Growth and Engagement in the Home Office. In this role he is working with business and academic communities, both in the UK and abroad, to promote growth and improve external engagement. As well as showcasing the improvements being made he will take back feedback on where it is felt changes need to be made to the immigration system.

Previously he was the Director for Immigration and Settlement. In this role he was responsible for applications for leave to remain made in country, citizenship, asylum and appeals.

Jeremy has worked for the Home Office since 2003. He has been Director of the National Asylum Support Service, Director of Social Policy and was responsible for the programme to regionalise the work of the then Immigration and Nationality Directorate. Between 2008 – 2011 he was Regional Director for the North East, Yorkshire and the Humber Region and was the national lead for Temporary Migration. In this capacity he was responsible for the introduction of the Points Based System.

Before joining the Home Office he had a number of roles in the voluntary and local authority sectors, principally as a Director of Social Services and Chief Executive of a national charity.