Permanent Secretary at Department for Levelling Up, Housing and Communities (DLUHC) 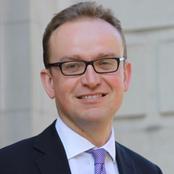 Permanent Secretary, Department for Levelling Up, Housing and Communities

Jeremy Pocklington became Permanent Secretary in March 2020, having joined the department as Director General for Housing in August 2018.

Before joining DECC Jeremy was Director of the Enterprise and Growth Unit at HM Treasury responsible for policies on growth, business and infrastructure and for advising on public spending for BIS, DfT, DECC and Defra. From 2009-12 he was Director of the Economic and Domestic secretariat at the Cabinet Office. Prior to that he was the Deputy Director in HM Treasury responsible for corporate finance and public-private partnerships. He joined the Treasury in 1997 and has held a range of posts on financial regulation, tax and fiscal policy as well as working as an assistant private secretary to two Chief Secretaries.