Affiliated Lecturer at Faculty of Classics, University of Cambridge 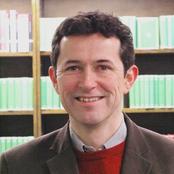 Dr Jerry Toner is an Affiliated Lecturer in the Faculty of Classics at the University of Cambridge, and the Director of Studies in Classics at Churchill College. His research looks at Roman social and cultural history, with a focus on trying to look at history 'from below'. He is also interested in sensory history, disasters, and the use of Classics to create various imagery and stereotypes relating to subordinate groups.

His two most recent books are 'Homer's Turk: How Classics Shaped Ideas of the East' (Harvard University Press, 2013) which shows how historians and travel writers have used classical sources to help create various images of Islam and the Orient; and 'Roman Disasters' (Polity, 2013), which looks at the important role that disasters played in Roman life and culture, ranging from floods and fires to warfare and famine.

After completing his PhD in Classics at Cambridge, Dr Toner spent 10 years as a Fund Manager in the City of London, where he managed USD15bln in global bond, currency and asset allocation funds.