Senior Research Fellow at UK in a Changing Europe 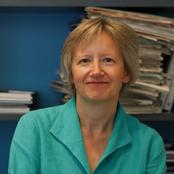 Jill Rutter is senior research fellow of UK in a Changing Europe, and was previously the programme director at the Institute for Government (IfG) directing the organisation's work on better policy making and Brexit. Before joining the Institute for Government, Jill was Director of Strategy and Sustainable Development at the Department of Environment, Food and Rural Affairs. Prior to that she worked for BP for six years, following a career in the Treasury, where she was Press Secretary, Private Secretary to the Chief Secretary and Chancellor, as well as working on areas such as tax, local government finance and debt and export finance. She spent two and a half years seconded to the No.10 Policy Unit (1992-94) where she oversaw health, local government and environment issues.