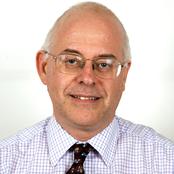 Until his untimely death in 2016, John Dodds was the Director of Partner Organisation and Delivery Strategy in the Department of Business, Innovation and Skills. He was previously the Director of Innovation in the Department, where he and his teams worked to support Ministers in their objective that Britain should be one of the most innovative economies in the world, with innovation making a major contribution to growth.

From 2006 to 2011 John was Director of the United Kingdom's Better Regulation Executive with the objective of reducing the impact of red tape on business. Previously, John carried out a broad range of roles in HM Treasury including spells as Head of the Defence, Diplomacy and Intelligence Team (2002 to 2006), leading Treasury interests in defence spending and procurement; Head of Information Services (1997 to 2002), leading the Treasury's internal information strategy and with responsibility for delivery of IT, library and records management services; and Head of the Budget Coordination Team (1994 to 1997), project managing the Chancellor of the Exchequer's Budget for Ken Clarke and Gordon Brown and editor of the Budget "Red Book". From 1991 to 1994 he was Policy Adviser in the European Community Division, playing a key role in the negotiation of the 1992 European Community financing settlement and the accession of Sweden, Finland and Austria to the European Union.

John studied Mathematics at Christ’s College, Cambridge from 1979 to 1982 and has an MSc in Statistics from Manchester University where he won the M S Bartlett prize in 1983.

John visited Cambridge as a CSaP Policy Fellow in October 2011 and again in January 2012 to explore the following questions: