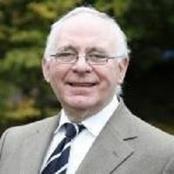 Professor John Loughlin recently retired as the the Director of the Von Hügel Institute inSt Edmund's College, Cambridge, and a Senior Fellow and Affiliated Lecturer in the Department of Politics and International Studies at the University. Previously he was Professor of European Politics at Cardiff University (1995-2010) where he is now an Honorary Professor. He is currently carrying out research on the relationship between theology and the European state and between religion and politics in contemporary society.

He currently holds the Chaire Ganshof van der Meersch (2013-14), which was established by the Belgian Wiener-Anspach Foundation to encourage collaboration between the Université Libre de Bruxelles and the Universities of Oxford and Cambridge. He has held Visiting Professorships and Fellowships in many universities including Oxford, Princeton, Sciences Po Paris, the European University Institute, Florence, etc. His research has primarily focused on territorial politics, especially in Europe, has published several books and many articles and book chapters on this topic.

The French government appointed him Officier dans l'Ordre des Palmes Académiques in 2010 in recognition of his research on European politics and his promotion of French language and culture. In 2009, the University of Umeå awarded him an honorary doctorate also in recognition of his research in European politics. He is a Fellow of the Royal Historical Society, of the Royal Society of Arts, an Academician of the Academy of Social Sciences, and a Member of the European Academy of Sciences and Arts.